Cairo was always a mystery that fascinated me from early childhood. The Great Pyramids of Giza, the Khan el Khalili Souk and the Royal Egyptian Mummies had always intrigued me since I was a kid. I started saving for Cairo as soon as I got back from my last Vacation in Bali, Indonesia 6 months back I requested my employer for a leave of 5 days which was declined so thought of utilizing the most I could in two and a half day that I would be in Cairo.

I and my mum were hell tired from the long 8-hour flight but as soon as I was entering Cairo my eyes lit up and I completely forgot how tired I was in the wake of anticipation.

Social media has helped me a lot in making overseas friends, I always link-up with the locals beforehand to gain the actual insights that may come in handy, here I would like to give a shout-out to a sweet girl named Passainte Asseem of "Why not Egypt". She helped me a lot in identifying the entrance to the "ACTUAL" gates of The Great Pyramids of Giza & Coco Soliman who helped me out of her busy schedule to get a sim card. :D

The commute from the airport:

We had a couple of options to choose from:


I would advise to get a SIM card at one of the outlets at the airport of any telecom company through your visa/mastercard, get the sim activated and call Uber/Careem for the dropoff at the hotel.
Uber/Careem are the cheapest and the most convenient of all without any chance of getting ripped off or getting conned. But keep in mind that the drivers don’t speak much English so make yourself equipped with the google translator beforehand.
London cab is a sort of stylish way to travel from the airport to the hotel, all their drivers speak good English and their booth is right inside the arrival hall, the major drawback of London cab is that its at least 150-200% times expensive than the option of Uber-Careem
Local taxi, I would advise against the option of getting a local taxi, just because of the fact that the local taxis can rip you off big time and can even cause you trouble in the worst case scenarios and there will be a lot of haggling involved, so stay away from them.
Hotel Transport. Getting the airport pickup from your hotel is the most convenient of all options but its also the most expensive one. I paid 30 US$ For a ride from the airport to Midan Tahrir Square when on my way back the Uber-Careem cost me just 6.5 US$ from Midam Tahrir Square to the airport.

The first stop in the Cario trip was the Egyptian museum. We stayed at the Cleopatra hotel just a walk of 4-5 mins away from the Egyptian museum. Do your research on the history of
Egypt before coming to this magnificent place or you can hire a private guide as well from the tickets counter. But make sure to settle at the price beforehand. There are several types of tickets which you can buy at the entrance but Id advice you to get the normal+royal mummy room pass (combined together) and skip the photography pass as nobody really checks the photography ticket once you are inside the museum and you can save your precious 50 Egyptian pounds. The museum is filled with history and its very easy to get lost inside it but for me, the main attraction of the museum was the royal mummy room. It was overwhelming watching the royal Egyptian mummies especially the mummy of Ramases II. They keep a strict eye on over the cameras and cell phones of people in the mummy room as the photography isn’t allowed inside it and the Tutankhamun’s chamber.

On the same day at 7:30 PM I and my mother hailed an uber to the famous Koshary Abo Tarek. The trip of Cairo is incomplete without going to this eatery. The staff is extremely hospitable and they accept the MASTERCARD. You will have to pay first before having the meal. Their menu has expanded with time but we opted for the main dish of the restaurant, Koshary. We ordered two large Kosharys with a can of Pepsi. It cost us around 80 Egyptian pounds and since the server, Muhammad was such a friendly guy I tipped him with the remaining 20. He brought Koshary and prepared them for us, and they were .. GOOOD !!! For me, it was more of an experience than the taste.

The great pyramids of Giza

The second morning was the D-day for us. I and my mother woke up at 6:30 in the morning, had our breakfast at 7 and called the uber at 7:30 to the Great Pyramids of Giza. The pyramids open up at 8 in the morning and it’s the best time to go when you can enjoy with slightly lesser crowd. It took us around 40 minutes to reach from Tahrir Square to the Pyramids of Giza. I still can't put it into words the feeling I had when I first saw the pyramids from the car (still getting goosebumps). The word “Amazing” would be an understatement for this experience. I had made a few local friends online so they guided me about the scams that I may face at the Pyramids which I did.
First, our Uber was stopped by the bunch of guys some feet away from the Tourist police station, and one of the guys said that Uber-Careem isn’t allowed to go further and we will have to step out and use the entry (Fake one) to enter inside. But since I had done my research, I told the guy with the help of google translator that this is the fake entry and I know very well where the real entry lies, so he walked away and the uber continued forward at the main ticket’s entrance which you will reach after a tad bit of inclined road. The real entry lies near the Marriot Mena house entrance, and there is no other entry so keep that in mind.

The pyramids of Khofu and Khafre are a minute of walk away from the tickets country. Just keep certain precautions in mind, the local guards will ask you to climb the pyramid for a photo and will ask money against it, keep in mind that it is unlawful to climb up the pyramids and you may end up in trouble. I did though, but only to the point where the entry to the pyramid lies, I guess that’s the permissible area. You can enjoy the horse/camel ride but make sure to settle at price beforehand and only pay the amount once you are done with the ride. I wanted to go to the Sphinx too but my mother was quite tired that’s why we called the Uber and came back to the hotel.

That same night after coming back from the Pyramids we again hailed an uber and went to Khan El Khalil Market around 9 at night. That market is open till 2 AM so you don’t have to worry about finding the shops getting closed. The shopkeepers are amazingly friendly there and I fail to understand why has there been so much negative written about them. They used their sales pitches and we politely said “La Shukran” and that was it. Nobody pestered us.
After the tour of Khan el Khalil we sat on the Bin Shabaan coffee shop to absorb the ambiance of that beautiful mayhem and chaos. There will be shisha, there will be local music and there will be food. But bear in mind that there is an additional “service charge” which isn’t visible on the menu cards, so always ask the full price of a coffee or whatever you want to have.

We had our flight at 4 PM afternoon, so we got up early on the third day and went to the Citadel of Saladin
again by using Uber. That area is quite different from the area of Tahrir square because it’s quiet and serene. Bought two tickets for 280 Egyptian pounds and went inside. You will be required to take your shoes off to step inside the Muhammad Ali Mosque, the locals were selling shoe covers for 1 USD but we opted to take our shoes in hands and went inside the beautiful mosque.


I hope this writeup adds value to the tourism of Cairo <3.

You can see the Vlog I have uploaded on my youtube channel by following this link https://youtu.be/c5WbI2rLu3w

Entering the city of Cairo from the Airport. Cairo was always a mystery that fascinated me from early childhood. The Great Pyramids of G... 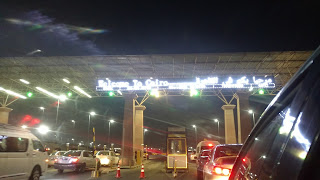 Ovais Khan
Hi. My name is Ovais and I hail from the city of Karachi in Pakistan. I work as a digital marketeer in a local I.T firm & save all my salary for travelling the world. Whereever I go, i take my old mother along with me to show her around. My motto in life is to live a very simple life & travel as much as I can before I die :D